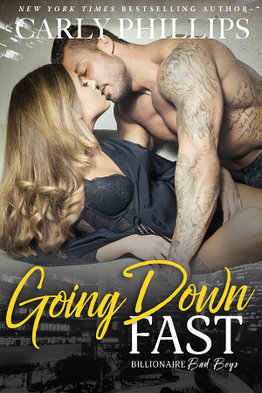 I couldn't wait to ask her all about them!


1)  Welcome to our site!  It's such an honor to have you here.  Thanks for taking the time in your busy writing schedule to be with us!

Thank you so much for having me. I’m sorry we’ve had to delay the initial interview but I am thrilled to be here now!

2) You've written so many books where do you get your inspiration for your characters?

I find inspiration everywhere. I’m a big television watcher, from daytime soap operas to night time TV and the smallest nuance of a character can inspire a story.

3)  Have you ever been tempted to rewrite or modify an early book that you felt could have expanded on?  Do you ever feel tempted to revisit old characters, kind of like old friends?  If you could redo one book which might you do and why?

It’s funny. Often I’ll be tempted to go back but when I do, I don’t have the same innate knowledge of the characters I had while I was writing the original story. I’ve come to accept that a story is written the way it was meant to be written. When time passes, I’m happy to go back and update technology but really, the rest of the story I prefer to let stand as is. If I could redo one book … I’m really not sure for the reasons said above.

4)  Your Dare to Love series is so popular we hope you keep writing them! (More, please!)  How did you conceive of the idea for this series?  How may books do you have planned?

Thank you! The idea for the series came with my plotting partners, Julie Leto, Leslie Kelly and Janelle Denison aka Erika Wilde. We plotted the notion of the father with a second family and the series sprang from there.

I’m on hiatus from the Dare to Love series because I needed a fresh look and perspective with a new backstory. I hope to revisit some day … then again, thinking about what I said above… we’ll see. I originally had 12 planned. I’ve since divided them by family - the Dare to Love Series (the legitimate siblings), the NY Dares (the NY cousins) and then the illegitimate siblings of which I had already written Dare to Desire. In the end, I felt the family’s story was told as well-rounded as I could do so for now, I’m moving on.

5)  Can you tell us the difference between the Dare series set in Miami and the steamy NY Dare series?

6)  Will you have more Dare cousins from other locals?  (Maybe even exotic areas out of the country?!)  Do you feel different locations provides a different mood for the story and/or characters?

I’m passing on this question given the answers above. I really don’t have a lot of differences, just Miami and NY :)

7)  Your Dirty, Sexy series has been such a favorite this year -so delightfully delicious!  You latest, Dirty, Sexy Cuffed came out this summer.  Can you tell us more about the hero, Levi?  Because he is a cop did it make the story more naughty?!

Thank you! Erika Wilde and I have worked together as critique partners for years. Writing together was a natural progression. Levi is a cop who prides himself on control, in the bedroom and outside. When he meets a woman with secrets, he feels compelled to protect her. It’s a hot, sizzling cop/protection story. I loved writing it with Erika.

8)  I'm excited to read about your new Billionaire Bad Boys series staring this summer.  Can you tell us more about it?  How many books do you have planned?

There are now 4 books planned. Originally there were three books but then I introduced a “bad guy” in book one and he just begged to have his redemption story told. Going Down Easy is an office romance, Going Down Fast is a friends to lovers/reunion story with a twist, and Going Down Hard is an opposites attract/different sides of the track type story. Then comes Going in Deep, the redemption story. I love my billionaires. They have been great to write.

10)  You keep busy but you always seem to have something to 'wow' your readers.  What new ideas do you have for future books?

I’m currently tied up with the Billionaires. I tend to work on one book at a time. In this case I know what’s coming next with the last billionaire story but after that it’s fair game and I have no idea!

For Additional information about Carly Phillips you can find her at:
http://www.carlyphillips.com/

After a lifetime of lies, deceit and betrayal, Jackson Stone isn't a man who trusts easily—with women being at the top of the list. Now he’s all about control in every aspect of his life. Especially between the sheets. Hot, mutual pleasure with a woman? No problem, as long as he’s in charge. But there’s something different about sexy bartender Tara Kent that he finds irresistible, in bed and out. Something that has him willing to compromise his principles and bend his rules. Let the sinning begin.

Lucas Monroe dropped out of college only to become a multi-billionaire and tech world God. He can have any woman he desires in his bed, but the only woman he's ever wanted is off limits and always has been. When Maxie Sullivan finds herself in dire straights, the only man she can turn to is the one she’s always secretly loved: her childhood best friend.
Can they trust their hearts and make a future, or will their complicated pasts stand in the way?
This bad boy is going down fast …
And going down fast has never felt so right.

Billionaire Kaden Barnes has a reputation for being difficult and always getting his way.

As their passion for each other reaches a boiling point, neither can control theexplosive outcome when they finally give in to their desires. He may think he’s calling the shots, but for this bad boy, going down easy has never felt so good.

ARE YOU READY TO GET CUFFED?

As a cop, Levi Kincaid is all about discipline and control . . .in the bedroom, and out of it, and he's always been very careful about choosing women who abide by his rules. Hot sex and intense pleasure? No problem. Emotional commitment and forever promises? No way. But he never anticipates falling for a blue eyed angel who makes him want to cuff her to his bed and do dirty, sexy things to her. And that control of his? It doesn't stand a chance against Sarah Robins, the one woman he can't resist . . .

But he couldn't resist.

There are just some guys you don't touch--even someone as innocent and inexperienced as Ella Shaw knows that.  But when her brother's best friend is up for grabs and willing, she can't resist.  After all, she's wanted him for years...

On leave from the army, Tyler Dare was just looking for a little fun, but his best friend's sister is off limits.  Yet unable to deny how sexy and alluring she is, he finds it all too easy to succumb to a night of passion and heat that ends the next morning in the worst way possible.

Now years later, Ella is stranded on a tropical island with a hurricane bearing down, and only Tyler can save her.  It's his chance to make amends for the past and show the woman he's never forgotten that he's coming after her . . . in more ways than one.

Breaking hearts is what wild and rebellious Mason Kincaid does best. Hit it and quit it is his motto, and with his bad boy reputation and tattoos, he doesn't lack for female companionship. Until one hot night with the one woman he swore he'd never touch becomes an all consuming addiction he can't kick. Katrina Sands has been his best friend for years, but now that he knows what she feels like, and tastes like, there is no going back to being just friends. Hot, dirty sex has never felt so good...or so right.

Are you ready to get Dirty Sexy with a Saint?

Clay Kincaid knows he's more a sinner than a saint. Especially when it comes to women. With a rough and damaged past that has left him jaded, he doesn't do committed relationships. But he does like sex—the hotter and harder, the better. He likes it fast and filthy, which is why he refuses to even touch someone as sweet and guileless as Samantha Jamieson. Until he discovers that she likes it just as down and dirty as he does. Let the sinning begin

Alpha billionaire businessman, Max Savage has had a thing for Lucy Dare for as long as he can remember but he values his long standing friendship with her brothers too much to cross the line. When Lucy shows up at an engagement party on the arms of another man, Max doesn’t like the changes he sees in her and vows to make her his own.

It’s now or never. Max can think of one way to convince Lucy she’s with the wrong guy. He’ll dare to seduce her … no matter what the consequences.